Repair of the Link AX Part 2

You remember that since the Link arrived from Jake's barn in 1994, it has been used on the first floor as part of our guided tours.   Very little work has been done on it, but it has become increasingly apparent that it could use a little maintenance.   On June of 2017, we moved it into the shop and started work. 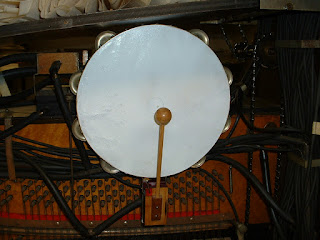 The tambourine had shown some playing problems, so we looked it over.   The basic mounting was in trouble.   The lower support pin had fallen out, letting the upper pin take all the shaking load and it had worked loose while stripping the screw threads. 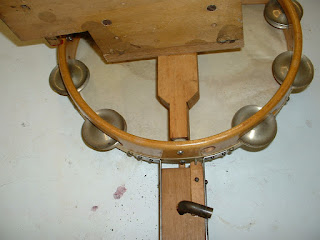 The hole was now so big that even an oversize screw would not work, so epoxy was used to hold the upper support screw in place. 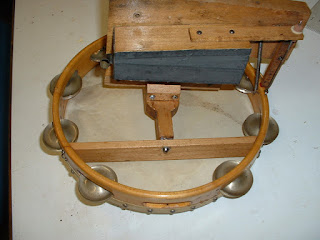 Beyond that the next level support had split and had been repaired by adding screws to hold it together.   I cut off the split area and glued a new piece of oak in its place. 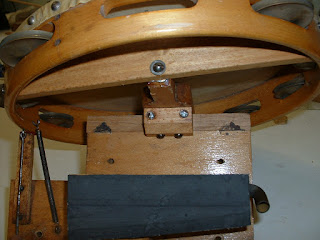 The wood nuts on the shaker link were rusted in place and also brittle, so they were removed and the threads wire brushed to clean them up.   Then it was reinstalled.
Posted by Unknown at 7:30 AM